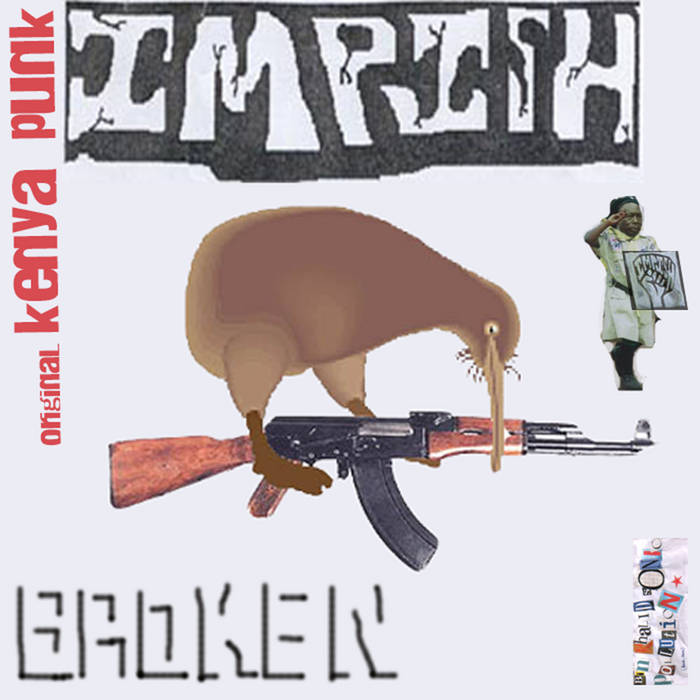 Here’s a little band history for those of you who weren’t around at the time. Impish started in about January or February of 2001 when Croe, Gearz and Fingaz (aka Andrés) started writing some silly pop punk songs in Croe’s garage. We also did some punk covers of old songs like California Dreaming and Stepping Stone. We had our first gig at a Rosslyn Youth Rally in front of a bunch of critical high school kids. From then we went on to play at different places like the Village Market pool bar, Pavement, Archivo’s and most recently Camp David Club. As is usually the case with DIY punk shows, there weren’t very many people at the shows but the people who did come were great. Impish played shows from about March till August 2001, at which point, Gearz and Croe went to college and uni but they came back at Christmas to play at the infamous show that happened at the unfinished movie theatres at VM. In 2002 they came back during the summer and initiated ‘the summer of youth,’ a series of shows and happenings around the DIY rock scene in Nairobi. We made t-shirts, patches, pamphlets and a compilation CD to sell at the shows and I still see a couple kids sporting Impish t-shirts around Nairobi. At one show we even had kids come up and ask for our autographs! We went through a number of bass players after Andrés was quit. We did some recording over the summer too with our bassist at the time, Klondike Mike, We did a show at Pavement at one point (Marian was our bassist at the time) and we recorded it. We are releasing that recording as an album too.
Thanks to everyone who helped us out with this album and everyone who was/is involved in building the DIY rock scene here in Nairobi. Props to everyone who’s started a band here, it’s a lot harder than in the US or Europe, keep up the hard work and have fun doing it like we did. Those were some of the best times we ever had. Last but not least, thanks to anyone who’s ever been to one of the rock shows here, that’s what it’s about.

a skate punk rock band from Kenya in the early days '01 to '03
The first band on BKSP and a pioneer of the DIY rock scene in Nairobi.

Bandcamp Daily  your guide to the world of Bandcamp

Featured sounds by K.Spark and WIZDUMB, plus Basi joins the show to discuss his latest release.